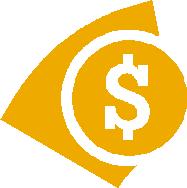 The State Wage Case is held pursuant to section 50Aof the Industrial Relations Act, 1979. This obliges the Commission before 1 July in each year to make a General Order setting the minimum wage under the Minimum Conditions of Employment Act, 1993 for employees over the age of 21, for apprentices and for trainees. The General Order also adjusts rates of wages paid under State awards.

As per our previous Bulletin the Federal Minimum increase is effective from the 1st July granting award-reliant workers a 2.4%% increase and lifting the national minimum wage by $15.80 a week or 41 cents an hour.

Modern Awards will be amended to reflect the increase over coming days.

Employers paying above Award may choose to absorb the increase or adjust their rates accordingly.

Call us for advice in this area.